Federal Protection for Shark and Ray Applauded by WWF 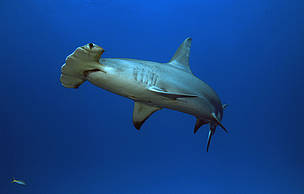 “The proposal of these newly listed species under the Fisheries Act 1985 reinforces our national conservation commitment in protecting threatened shark and ray species in Malaysia,” says Dr Henry Chan, Conservation Director of WWF-Malaysia. Dr Henry also hopes the scalloped hammerhead, silky shark, three species of thresher sharks and nine species of devil rays – which are listed on Appendix II of CITES, will be afforded similar protection. The regulation currently only protects the whale shark and sawfish, and state that no person shall fish for, disturb, harass, catch, kill, take, possess, sell, buy, export or transport any of the specified endangered species except with written permission from the Director-General of Fisheries.

Dr Henry also emphasises a stronger call for the implementation of the new regulation; provision of education and socialising programs to the fishing industry, local communities and enforcers in order to avoid accidental capture, consumption and trade of the listed species.

“While this is good news for the conservation of the shark and ray species, its enforcement will face potential challenges; WWF foresees that key local communities who rely on shark and ray as a source of income and protein may not fully agree to this. The listed species could also be caught in fishing vessels such as trawlers as there is a lack of bycatch mitigation technique to avoid accidental catch in our fisheries management,” Dr Henry concerns.

WWF-Malaysia is committed to continue working with the government towards sustainable management and conservation of sharks in Malaysia, which combines the need to conserve species and ecosystems, the importance of livelihoods and food security in coastal communities, and the cultural significance of some wildlife products. Shark and ray fisheries can become sustainable through the introduction of strong management incorporating science-based catch limits that take into account the different reproduction rate of different species and their existing conservation status.

WWF also fully supports the recommendation of the IUCN Shark Specialist Group that sharks and rays assessed on the IUCN Red List as Critically Endangered and Endangered, such as sawfishes, angel shark, and common skates should be protected from fishing. The dwindling numbers of threatened species from overfishing, demand for their fins and meat raise the urgency of the task. 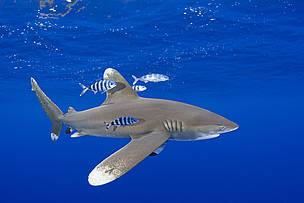