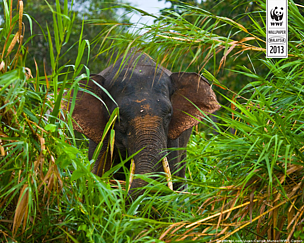 Borneo elephants are mostly found in Sabah and its population has dwindled over the years due to habitat loss and HEC, therefore the death of one member is a huge blow to the whole population. Sabah Wildlife Department (SWD) has confirmed that the culled bull was in musth, a period where male elephants are known to exhibit aggressive behaviour, and consequently are susceptible to provocation. Therefore those working or living in areas inhabited by elephants need to remain alert of their surroundings, particularly during dawn and after 3pm when elephants are known to be more active. When confronting elephants, restraint must be practiced and retribution avoided, as killing elephants merely addresses the symptom of a problem, which is HEC caused by unsustainable land use planning in Sabah.

It is unfortunate that both human and elephant lives were lost in the recent conflict, which highlights the sense of urgency for HEC to be mitigated strategically. WWF-Malaysia is currently working on joint mitigation options to reduce HEC with state agencies such as Sabah Wildlife Department and Sabah Forestry Department, and plantation companies via the Kalabakan HEC working group in Tawau. While its complex nature means that there is no one-size-fits-all solution for HEC, some of the science-based solutions that WWF-Malaysia have been recommending include strategic placement of electric fences and wildlife corridors that link fragmented forests.

One of the Sabah state government's latest commitments to conservation is its intention to create a wildlife corridor for Borneo elephants in the Heart of Borneo. Culling a threatened species when other options are available is a step backwards in the state's journey to sustainability. While WWF-Malaysia continues to collaborate with SWD and other stakeholders to mitigate HEC in the state, it is hoped that the recent culling will not be a precedent for HEC cases in the future. 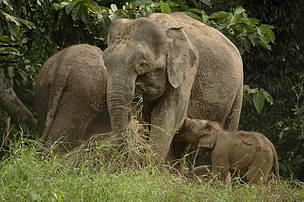