Jointly organised by WWF-Malaysia and Maybank, the Malayan Tiger Run was also supported by the Ministry of Water, Land and Natural Resources (KATS) and the Department of Wildlife and National Parks, Peninsular Malaysia (DWNP) as part of the ministry’s “Save Our Malayan Tiger” campaign. The event took place at IOI City Mall Putrajaya this morning in conjunction with Global Tiger Day, where more than 4,000 runners signed up in support of tiger conservation efforts in the country. The run, aimed at symbolising a unified voice and force of Malaysians, was also attended by YB. Dr. Xavier Jayakumar, Minister of Water, Land and Natural Resources, and Datuk Mohaiyani Shamsudin, Chairman of Maybank and Maybank Foundation.

“We are very overwhelmed with the enthusiastic support from the public for the tiger run this year, and this tells us that people are very much aware and concerned for the future of our Malayan tigers. We have definitely achieved our key objective, which was to bring together people who are ready to be a voice for tigers through this event. The launch of the tiger pledge is to ensure this awareness can translate into action, and be a vehicle of change for tigers,” said Sophia Lim, Executive Director/CEO of WWF-Malaysia.

Shahril Azuar Jimin, CEO of Maybank Foundation, reiterated the role of corporates in conservation efforts as a critical component to save the tigers in Malaysia.

“The support of corporate Malaysia towards tiger conservation efforts can play a major role in improving protection efforts. We believe that concerted measures must be taken to save the Malayan tiger, so we do not lose our sense of national pride. Maybank believes that the voice of the people can play a critical role in supporting and influencing decision making processes, especially in changing the fate of our tigers. In line with our mission of humanising financial services, Maybank is in support of the Malayan Tiger Pledge,” he shared.

Malayan tiger numbers have been steadily declining. From a number of 3,000 in the late 1950s, today only less than 200 remain in the wild.

This critical state urged WWF-Malaysia to create the Malayan Tiger Pledge. The pledge aims at providing an avenue for Malaysians to symbolically support the establishment of a National Tiger Committee, chaired by the highest political will of the country, so that executive decisions on policy, allocation of resources, enforcement and land management favourable for tiger conservation can be made and implemented. The pledge hopes to garner the support of 1 million people by Global Tiger Day 2020, in an effort to actively include civil society as a critical component of saving tigers.

“In 2018, Nepal made history by successfully doubling its tiger numbers. The establishment of a National Tiger Conservation Committee chaired by the Prime Minister played a significant role in increasing the country’s tiger numbers. Similarly, in India, Project Tiger was established by the then Prime Minister of India in the 1970s. Today, India has a National Tiger Conservation Authority which oversees all matters pertaining to their tigers. These were only possible due to the involvement of the highest political will in their respective countries,” explained Dr. Mark Rayan Darmaraj, Tiger Landscape Lead for WWF-Malaysia.

NGOs, enforcement authorities, corporate stakeholders and local communities alike are racing to keep Malayan tigers alive. In 2016, Maybank launched a partnership with WWF-Malaysia to support its ongoing tiger conservation efforts in the Belum-Temengor Forest Complex which started in 2007. To date, Maybank has committed over RM5 million in funding until the end of this year.

This Global Tiger Day, make a stand, spread the message and be a voice for our tigers. Sign the Malayan Tiger Pledge by visiting wwf.org.my/tigerpledge 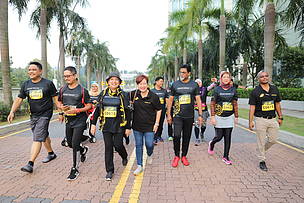 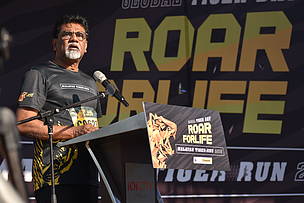 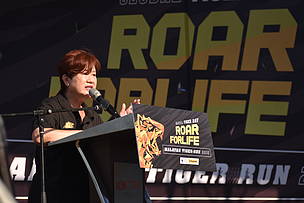 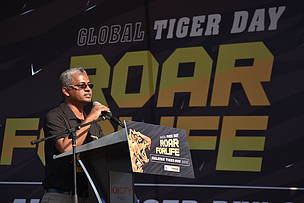