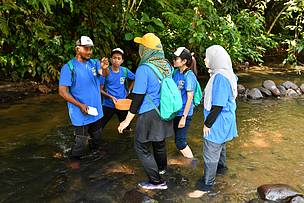 First organised in South Africa in 2013 to connect people to nature’s water resources, Malaysia is the fourth country to organize JoW and has hosted two JoWs previously. JoW Klang Valley in April 2018 highlighted overconsumption of water, while Kedah’s JoW Sungai Muda in April 2019 centred on the Ulu Muda Forest Complex’s water security. The three-day JoW Langat 2019 was organised with support from Lembaga Urus Air Selangor as the main collaborator and involved the participation of 10 agencies.

RBC, WWF-Malaysia’s key corporate partner for its inaugural JoW Klang Valley 2018 and JoW Langat 2019, is no stranger to water conservation efforts. Globally, RBC is actively involved in initiatives that support water conservation, watershed protection, and access to clean drinking water. In Malaysia, RBC’s continuous support to safeguard freshwater in a bid to reduce unnecessary water wastage has been instrumental in increasing awareness and better water practices amongst urban communities in the Klang Valley.

JoW Langat 2019 began with educational tours hosted by Pengurusan Air Selangor Sdn Bhd to Semenyih Dam and Semenyih 2 Water Treatment Plant on Day 1. The next day, the Water Heroes learned about organisms that indicate a healthy river in Sungai Pangsoon, toured the newly-launched Centralised Langat Sewage Treatment Plant, and spent some time with Friends of Langat River. The last day of JoW Langat saw the participants getting wet and dirty doing fieldwork in Sungai Tekala Recreation Forest, before they were whisked away to Putrajaya Wetlands Park to tour the grounds on foot.

The final leg of JoW Langat involved a boat ride in the scenic wetlands, followed by closing ceremony hosted Perbadanan Putrajaya at Taman Seri Empangan. It was officiated by Azizah Ariffin, the Deputy Secretary General (Water and Sewerage) in the Ministry of Water, Land, dan Natural Resources and was attended by 200 attendees, including past Water Heroes from JoW Klang Valley 2018 and JoW Sungai Muda 2019.

In her closing speech, Azizah reiterated Minister of Water, Land, dan Natural Resources Dr Xavier Jayakumar’s recent statement that the government will be reviewing laws such as the Water Services Industry Act 2006 (Wasia) to ensure stricter enforcement and higher penalties for water polluters. “Water is a precious yet unlimited resource that we use daily and is critical for our survival. To ensure our country’s water security, we cannot go with business as usual,” she said.

She added further, “We must first change the way we think about and practice better water usage habits on a daily basis, which is why a programme such as JoW Langat cannot come at a better time”.

Water pollution has become one of the main problems in the Langat river basin and increased water deficiency is expected to worsen the situation. In recent months, Semenyih River and Langat River in the Langat river basin have been facing pollution issues that led to the shutdown of several water treatment plants and caused unscheduled water disruptions. In June this year, 377,141 registered consumers in Petaling, Hulu Langat, Kuala Langat and Sepang were affected when Sungai Semenyih Water Treatment Plant was shut down due to odour pollution (New Straits Times, 27 June 2019).

Things are not looking rosy for rivers all over the world as well, particularly in Asia. Last month, the World Resources Institute’s Global Commission on Adaptation (GCA) published its landmark Adapt Now report, dubbed a ‘global call for leadership on climate resilience’. In the report, water was identified as one of the key systems in which adaptation must be accelerated. The report also set out a Water Action Track to reduce water risks to those who are the most vulnerable. The Resilient Asian Deltas initiative — which is part of the GCA’s Water Action Track, is a new initiative driven by WWF, the Dutch government and brewing giant AB InBev, and with support from World Economic Forum. It aims to increase the ability of Asia’s deltas to withstand these multiple threats and is intended to help stop the deltas of the Indus, Ganges, Irrawaddy, Mekong, Pearl and Yangtze from flooding, sinking and shrinking. 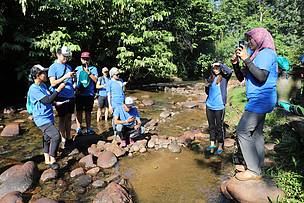 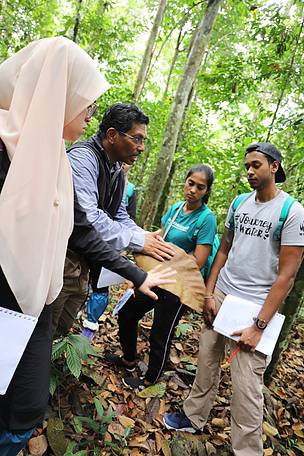 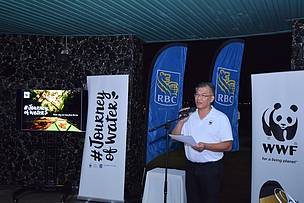 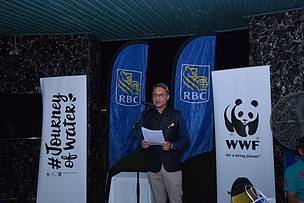 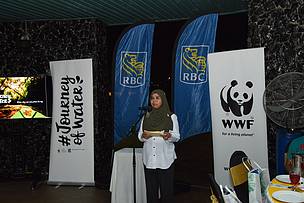 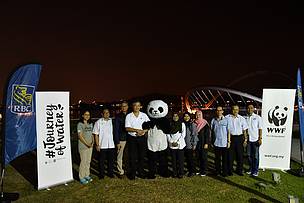