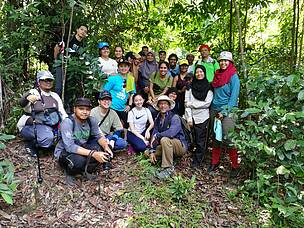 WWF-Malaysia aims to protect wildlife and the marine turtles at Ma'Daerah, a potential tourism attraction with a three-day recce around Bukit Labohan.
© WWF-Malaysia / Chin Ming Wei
Sounds of Nature

The sounds of gibbons whopping and ocean waves greeted me, as I sat in a wooden hut overlooking the beautiful blue sea while having breakfast just before the Bukit Labohan hike.

It was our first morning at the Ma’Daerah Turtle Sanctuary Centre, surrounded by Bukit Labohan and a turtle nesting beach. The Ma’Daerah Turtle Sanctuary was initiated in partnership between the Department of Fisheries, WWF-Malaysia and British Petroleum (BP) Malaysia with the objectives to focus on better protection for turtle eggs and marine turtle conservation awareness since its official opening in June 1999.

I felt excited to be part of the WWF-Malaysia and partners’ field trip to hike Bukit Labohan – a place that holds a varied assortment of flora and fauna. The expedition was organised with the aims to introduce the Ma’Daerah Turtle Sanctuary as a potential eco-tourism destination and to identify Bukit Labohan as a new location for hiking in Terengganu.

Together with other participants from various government bodies and non-governmental organisations, we experienced the magnificent flora and fauna of Bukit Labohan by embarking on treks and hikes through its beautiful virgin forests. We managed to spot colourful fungus, spiders making web, ants that were much larger than usual and other indigenous species of Bukit Labohan. We trekked 1.8km in the rich forest and began to hear the sound of ocean waves as we approached our destination – Teluk Musuh beach.

WWF-Malaysia’s Senior Geographic Information System (GIS) Officer used a drone to capture the aerial view of Bukit Labohan and Teluk Musuh while we were resting at the beach. It was fascinating to know that drones can be used as a tool for monitoring beach topography changes or beach profiling for conservation efforts.

All participants went firefly watching after dinner at Kampung Pengkalan Rangoon, Kerteh. The trip was led by Malaysia Nature Society (MNS) on a special arrangement. It was a magical moment to see hundreds of fireflies twinkling all at once and together as our boat sailed through the river under moonlight. Sadly, the number of fireflies has reduced since two years ago due to a few factors such as wildfire and air pollution from the nearby oil and gas refineries.

The night ended with a talk on marine turtle conservation efforts in Terengganu, presented by the Marine Conservation Officer of WWF-Malaysia. It was heart breaking to know the threats that turtles are facing, especially increasing threats caused by humans that are driving them to extinction. The once substantial population and iconic natural heritage in the Terengganu state – the leatherback turtle, has been declared as functionally extinct since the species’ last landing in 2010.

Eye on the Prize

The first day was a short and easy trek on Bukit Labohan that offered fantastic views of an unspoiled and natural environment. The highlight of the second day’s trek was the spectacular view of Ma’Daerah at the peak of Bukit Labohan (about 358m above ground). The early start to our three-hour hike on a steep and rocky 4.5km trail was completely worth it. Thankfully, other participants offered effective tips and encouraging words to getting through the tough hiking moments. The satisfaction of completing a long hike was overwhelming. What an accomplishment!

Unfortunately, there were some unforeseen circumstances and a few injuries that happened along the way, even though we were equipped with the right hiking gear. I was shocked to see that a colleague was bitten by a leech near her stomach. I could feel her pain just by looking at her shirt drenched in blood. It was also an unlucky day for me as I accidentally grabbed a thorny plant which caused my hand to bleed.

Nevertheless, the most exciting part of the hike was spotting wildlife such as a sun bear, mouse deer, leopard cat, and some wild boars caught on the camera traps that were retrieved along the hike. A camera trap is a remotely activated camera that is equipped with a motion sensor or an infrared sensor to capture images of wildlife with as little human interference as possible.

At night, we visited the Ma’Daerah turtle hatchery and a ranger briefed us on the practices of handling turtle eggs and the conservation work at Ma’Daerah. I enjoyed listening and learning more about the ranger’s journey of working on marine turtle conservation. The ranger patrols the beach all night long during nesting season and relocates turtle eggs to the hatchery and will release the hatchling back to the sea.

“Though Ma’Daerah beach is a protected turtle sanctuary, we have seen poachers moving in the dark to break into the hatchery, trying to steal the eggs.” The ranger shared that turtle eggs are kept in a fenced hatchery, where they could be reburied and protected until they have hatched.

I was unable to join the other participants on a beach patrol with the rangers to watch female turtles nesting due to exhaustion after two days of hiking. However, I still remember the excitement of spotting a female green turtle nesting during my previous visit to the Ma’Daerah turtle sanctuary. Beach patrolling was an amazing experience as we were accompanied by sea sparkles, which are planktons that float and flash brightly at the shoreline; together with a soothing sea breeze, not forgetting the stars shining brightly above us.

On the morning of the third day, we went on a river cruise at Sungai Kerteh. One of the highlights of this river cruise was bird watching where more than 50 species of birds can be spotted. Besides birds, a variety of wildlife such as the long-tailed macaque, river terrapin, smooth otter and others can be spotted along the river too. The trip was then followed by a visit to the MNS Environmental Education Centre.

Balance between Nature and Human Needs

After the three-day field trip, WWF-Malaysia and partners identified Bukit Labohan and Ma’Daerah turtle sanctuary as potential places for educational and tourism activities. However, the concern over economic development affecting the beauty of nature was raised. All participants agreed to work together in developing strategies to achieve a maintained balance between human needs and conservation.

At the end of this trip, I learnt the importance of keeping a balance between nature and human needs. I believe there are always opportunities to meet the goals of conservation together with human needs, by seeking to understand the innate relationship between biodiversity and human well-being. 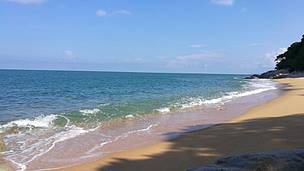 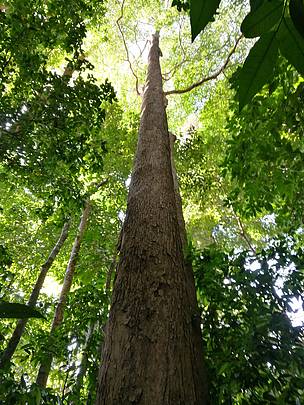 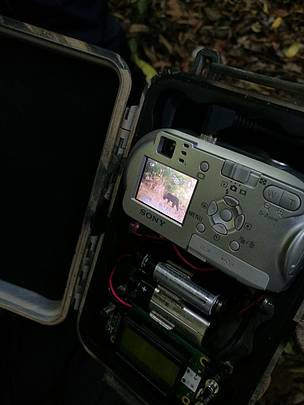 After a three-hour hike, we finally arrived at the peak of Bukit Labohan, around 358m above ground.
© WWF-Malaysia / Chin Ming Wei Enlarge
Like this article?