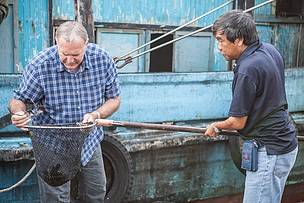 Christopher Kong, Deputy Chairman of Persatuan Pemilik Kapal Nelayan Kudat (Kudat Fishing Boat Owners Association), shows John Tanzer the day’s catch at Kudat Esplanade
© WWF-Malaysia / Mazidi Ghani
I like fish. I have spent my career protecting them and the places where they live. I also like to eat them. I want to see healthy fisheries provide food and jobs for people around the world. That’s why what I saw at the fish landing docks in Kudat is so disturbing.

At the northern tip of Sabah state, Kudat is surrounded by extensive coral reefs, and a host of emerald green islands dot the horizon. These waters should be alive with turtles, sharks, dugongs, and groupers the size of small children. Instead, it looks like an aquarium that’s had the fish removed – the water is clean and the coral mostly healthy, but nobody’s home.

The docks, however, are busy. Every creature that swims, floats, wriggles or simply lies quietly on the sandy bottom is here being sorted and trucked off to meet its destiny as somebody’s dinner. There is no regard for any limits based on size, species or sex. It’s no-holds-barred and winner-take-all. 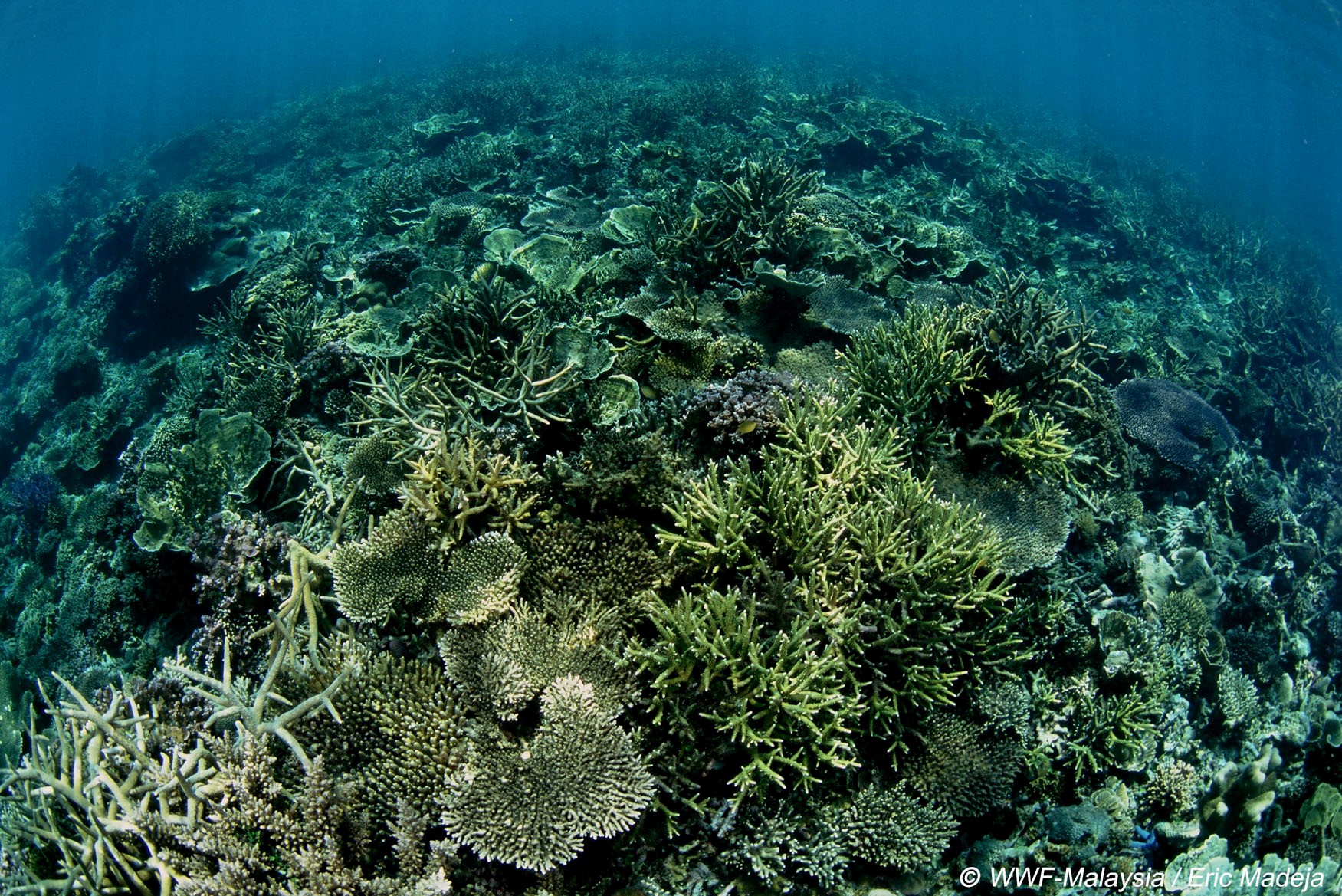 Nature is definitely not winning. But, sadly, it doesn’t look like the men on the docks are doing so well, either. Many are foreign workers, at sea for a week or more straight, and getting paid based solely on what they catch. With families back home depending on them, they have no incentive to use less harmful fishing methods. “Saving fish for future generations” rings hollow when people need to eat today.

And yet, based on what I saw on the docks, crashing fish stocks isn’t some future threat. When the majority of the fish are juveniles – not much bigger than my hand – we simply aren’t leaving enough in the sea to make more fish.

The people closest to the issue – 80,000 coastal and island residents – are already feeling the effects. With the disappearance of high-quality predator fish, they have had to adapt their diets to include lower order herbivorous fish and stingrays. Pretty soon, there will be nothing left to adapt to.

WWF is working with communities that are trying to reclaim their seas by establishing marine sanctuaries to help fish populations rebound. But it’s difficult for communities to police and protect these “no-take” zones by themselves. They need back-up.

That’s where the planned Tun Mustapha Park comes in. Projected to cover over a million hectares, Tun Mustapha Park would be Malaysia’s largest marine protected area. It would still allow for commercial and community fishing, but it would also protect the “nurseries” of the sea. If these crucial areas are allowed to recover and flourish, they can form the foundation of a vibrant, sustainable economy based on fishing and tourism.

The people and government of Sabah must seize the opportunity to establish Tun Mustapha Park. It’s their best chance to ensure good jobs, food security and a healthy environment. I look forward to visiting the Kudat docks in a couple of years to see what has changed.